Bitten on the face resulting in scarring and adjustment disorder £23,000

Four Legs Law was instructed as the client suffered bite and scratching injuries to the face, bruising around the right eye, swelling to the right side of her face, tissue damage, and a consequential infection that required antibiotic treatment.

The client’s full claim was set out by Four Legs Law and liability was promptly admitted by the Defendant’s Insurers, albeit they considered that the client was contributory negligent in her actions in stroking the dog.

The client’s full medical records were obtained and considered, and medical evidence was 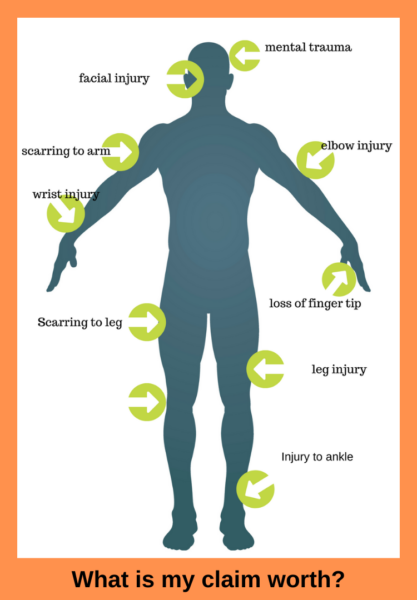 obtained from a Consultant in Emergency Medicine, a Psychiatrist, a Plastic Surgeon, and a Camouflage Expert.

The medical evidence detailed the client’s injuries and confirmed that the client had sustained permanent scarring and an Adjustment Disorder, amongst other injuries. As the client had clearly been affected by the incident and therefore CBT treatment was arranged to facilitate her recovery.

The evidence was disclosed, and the Defendant’s Insurers made an offer to settle the whole of the claim in the sum of £23,000.00. Counsel was instructed to ensure that this was at the top end of what may be awarded at Court for the claim on a full basis (i.e not with the alleged contributory negligence applied as suggested by the Defendant at the outset).

Upon confirmation that the sum of £23,000.00 was fair Four Legs Law concluded the claim without the need for Court proceedings.

Bite to the hand requiring surgery £5000

Four Legs Law Solicitors were instructed to recover the client’s losses as she suffered serious injuries to her left hand which required surgery and physiotherapy for 18 months. The full details of the client’s claim were set out against the Defendant. No response was initially received from the Defendant, so consideration was given to the appropriate steps.

As the Defendant was refusing to engage Court proceedings were issued which resulted in the Defendant promptly admitting liability.

Four Legs Law continued to progress the claim and obtained medical records, which were considered. Medical evidence was subsequently obtained from a Hand Surgeon who produced evidence in support of her claim and confirmed that the functionality of the client’s hand was reduced.

Meanwhile, the Court proceedings were progressing, and further details were sent to the Court detailing the full extent of the claim to include the client’s financial losses.

The Defendant made an offer of £25,000.00 to settle the claim and following confirmation from Counsel that this was a reasonable amount the claim settled in that amount and the Court proceedings were ended.

Injury sustained protecting dog from attack by another dog – award of £7,900.00

Four legs law received instructions from the client who had been the subject of a dog attack whilst out walking her Cavapoo. The circumstances of the incident were that, without warning, the client’s Cavapoo was attacked by the opponent’s Greyhound. As the opponent did not intervene, the client attempted to prise the opponent’s dog’s teeth away from her own using her hands and as the opponent’s dog released the client’s dog its teeth caught on the Claimant’s left leg.  As a result of the attack the client sustained injuries to the hand and left leg and her dog was also injured.

Investigations were made for the relevant documentation in relation to the claim to be obtained which included veterinary records and other documentation.

A Letter of Claim was prepared and sent to the opponent and was passed from the opponent to his insurers. The opponent’s insurers denied liability and maintained that the incident was caused as a direct result of the client’s actions.

Four Law Legs law continued to fight the case on behalf of the client and requested disclosure of documentation. This was not forthcoming and therefore a successful Pre-Action Disclosure Application was made. Full disclosure was subsequently provided, and the parties’ respective positions were analysed.

Four Legs Law continued to investigate the claim and steps were made for the client’s medical records to be obtained and considered. These supported the client’s version of events in relation to her injuries to her left leg and hands. Additionally, the client had been psychologically affected as a result of the incident.

It was necessary for medical evidence to be obtained in support of the client’s claim and instructions were given to a Consultant in Emergency Medicine and a Clinical Psychologist. The medical experts confirmed that the client had sustained dog bite injuries and as a result had developed Post-Traumatic Stress Disorder with CBT treatment being recommended.

On account of the opponent’s liability denial, it was necessary for proceedings to be issued. Court proceedings were therefore issued and served. The Defence maintained the pre-action position.

Following the service of the Defence, the opponent put forward an offer to settle the client’s claim in the sum of £7,900.00, which was accepted by Four Legs Law on behalf of the client.

The client was delighted with the outcome as the incident was traumatic for her and despite liability being denied by the opponent a reasonable settlement was achieved due to Four Legs Law work in support of her position.

The client instructed Four Legs Law who investigated the incident and obtained the client’s medical records and other relevant documentation. The locus of the incident was investigated to ensure the full facts were understood. A Letter of Claim was sent to the opponent asking that they admit responsibility for the incident. Liability was admitted shortly thereafter by the opponent’s insurers.

As a result of the incident, the client sustained nasty lacerations to her leg, which required surgery, and was left with scarring. She was also affected psychologically due to the attack on account of the traumatic circumstances. Due to the nature of the Claimant’s symptoms rehabilitation treatment was arranged by the Four Legs Law so that the client made the best recovery possible.

The claim was not capable of settlement, so Court proceedings were issued to protect the client’s position. During the course of this the client’s full losses, including her financial losses were detailed and set out for the Court.

Due to the severity of the client’s injuries Counsel was involved in the claim by Four Legs Law to assist in the client’s recovery. The matter progressed through the Court procedure which had the effect of adding pressure on the opponent’s legal team.

Deliberation was given to the value of the claim and Four Legs Law put forward an offer in the sum of £25,500.00, which was accepted by the opponent, thus concluding the claim.

This website uses cookies to improve your experience while you navigate through the website. Out of these cookies, the cookies that are categorized as necessary are stored on your browser as they are essential for the working of basic functionalities of the website. We also use third-party cookies that help us analyze and understand how you use this website. These cookies will be stored in your browser only with your consent. You also have the option to opt-out of these cookies. But opting out of some of these cookies may have an effect on your browsing experience.
Necessary Always Enabled
Necessary cookies are absolutely essential for the website to function properly. This category only includes cookies that ensures basic functionalities and security features of the website. These cookies do not store any personal information.
Non-necessary
Any cookies that may not be particularly necessary for the website to function and is used specifically to collect user personal data via analytics, ads, other embedded contents are termed as non-necessary cookies. It is mandatory to procure user consent prior to running these cookies on your website.
SAVE & ACCEPT